A Marion man was killed in a motorcycle accident Thursday in Osceola County.

It happened on 30th Ave near 21 Mile Road in Marion Township.

The collision with the deer caused the Marion man to be ejected off of his motorcycle.

The operator was not wearing a helmet at the time of the crash, and speed is believed to have been a factor in the crash.

Scary moment on the road for a Mecosta County woman when a deer smashed through her car window while traveling Wednesday.

It happened on Arthur Road near 30th Avenue in Sheridan Township.

Deputies say the 59-year old Barryton woman told them, the deer ran into her car, coming through her window.

The driver was taken to a local hospital for non-life threatening injuries.

The state house and senate could vote on auto insurance reform today.

Governor Gretchen Whitmer has put out a statement saying that she's pleased to announce that they have reached an agreement in concept on bipartisan auto no-fault reform legislation that will lower costs and protect coverage for Michigan drivers.

She says the deal guarantees rate relief for every Michigan driver; provides a choice in coverage levels; establishes more uniform and structured compensation levels for medical providers; and removes the ability of insurance companies to discriminate based on non-driving factors.

Antonio Jones pleaded guilty to shooting at a dwelling and being a felon in possession of a firearm.

Meanwhile, his brother Paris pleaded guilty to one count of discharging a firearm from a vehicle.

The two were charged following an investigation of a Feb. 1 shooting at an unoccupied home on Fuller Avenue in Big Rapids.

No one was injured in shooting.

Check your fridge, there's a recall of a frozen beef and pasta dish that affects Michigan.

The USDA says roughly 527-pounds of “Bob Evans Beef Stroganoff Pasta” in an 18- ounce sealed plastic tray are being recalled.

The recall is because the food was produced outside of federal inspection and standard inspection hours.

An accused child molester in mid Michigan is even more trouble for allegedly planning to break out of the Isabella County Jail.

Keith McKern reportedly planned an escape and allegedly recruited a jail trustee to help him do it.

He says the corrections staff noticed some transfer of papers between McKern and the trustee.

It happened at Echo Drive near Sycamore Avenue in Wilcox Township.

Deputies say a motorcycle veered off the road on the outside of a curve. The rider was thrown from the bike.

Deputies say the 26-year-old White Cloud man died at the scene. Speed is a factor in the crash, according to police.

Five of the six suspects arrested at a Grant Township home this week on drug charges have plead not guilty during their arraignment.

59-year old Chris Duane Hansen of Barryton, 39-year old Julie Ann Somers of Stanwood, 36-year old Lewis Robert Sanford, 40-year old Linda Marie Sanford, both of Mecosta and 33-year old Darrell Joseph Draher, of Barryton were charged with a host of counts including possession of methamphetamine, while Hansen, Sanford, and both Julie and Lewis Somers were also charged as habitual offenders due to prior felony convictions.

All suspects in this case face ten years to life in prison, if convicted.

The sixth suspect has yet to be arraigned.

Two people suffered  injuries after being thrown from their car following a rollover accident in Mecosta County.

It happened in Wheatland Township on 10 Mile Rd East of 60th Ave.

An investigation revealed that at 43-year old man from Mecosta was test driving a vehicle to assess it for repairs.

The driver's 18-year old step daughter was also in the vehicle.

The driver lost control on the dirt road causing the vehicle to overturn.

The driver and passenger were not wearing seatbelts, causing both occupants to be ejected from the vehicle.

Deputies say they went to the residence seeking several people who had outstanding warrants.

When police got to the scene, three subjects, two men and a woman were arrested for possession of meth.

A short time later, police say another man drove up to the home. An investigation found that suspect had an outstanding warrant and in possession of meth.

A second car drove up a short time later and deputies say the two male occupants were found to be in possession of methamphetamine.

All six suspect were arrested on charges of possession of meth with intent to deliver.

Their names are being withheld pending arraignment. 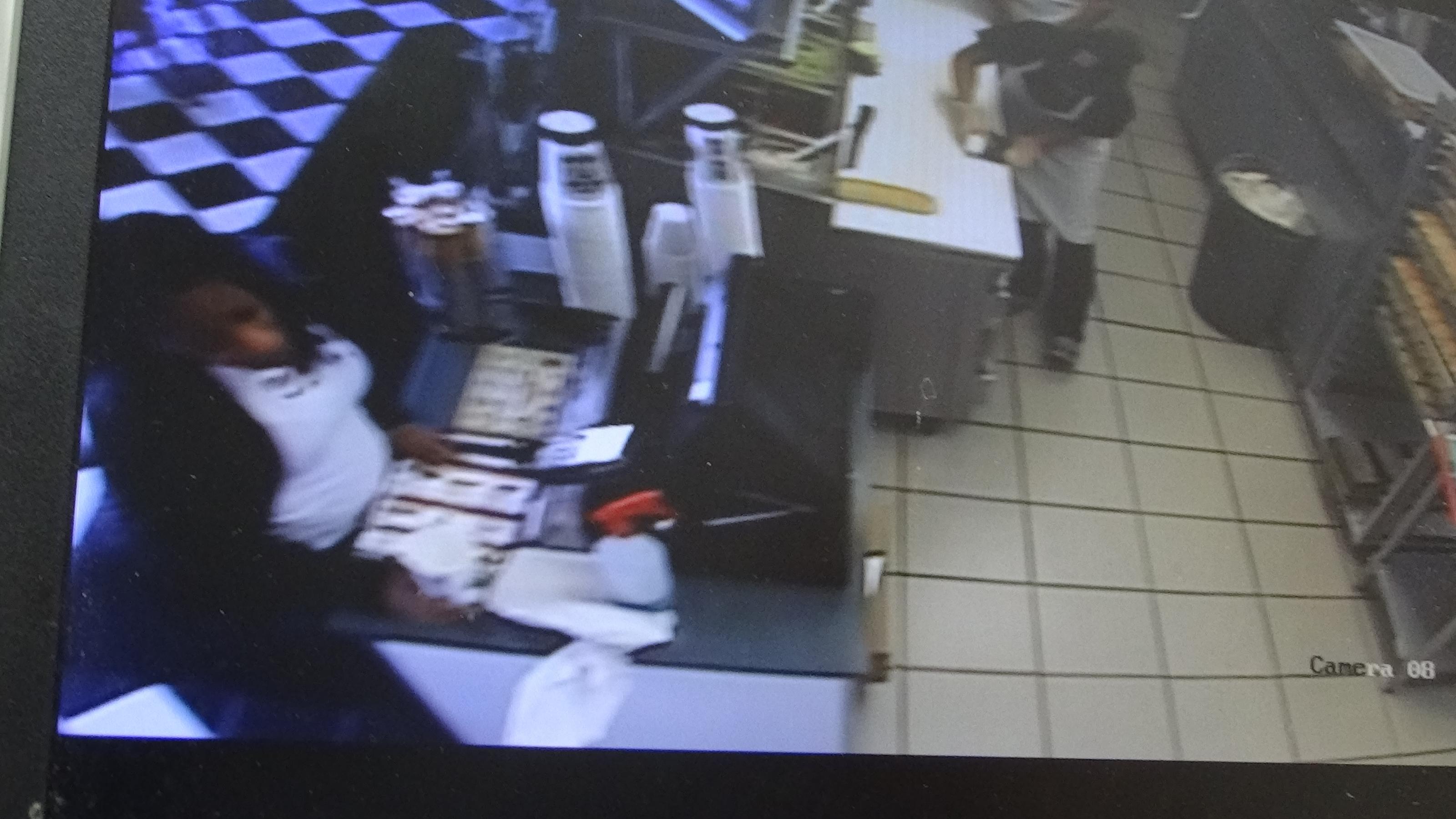 More fake money is going around the Big Rapids area, this time at a Jimmy Johns restaurant in Big Rapids Township.

Mecosta County Sheriff Deputies say employees described the suspect as a black female skinny build, black hair that was below her shoulders possibly with dreadlocks.

The female attempted to purchase a sandwich and drink with a counterfeit $100 bill.

Jimmy John's employees discovered the bill was counterfeit before proceeding any further with the transaction.

The female fled the scene in a Gray Hyundai Tucson SUV with Arizona plate BPC8806. At this time it is believed that this was an isolated occurrence.

Anyone with knowledge on the suspects identity is encouraged to contact the Sheriff's office.

The Mecosta County Sheriff’s Office is currently investigating an attempted arson and is requesting the public's assistance with information.

Detective Drew Nielsen says sometime in the early morning hours of Sunday May 5th, 2019 someone attempted to set fire to a residence in Martiny Township while the family slept inside.

A reward of up to $5,000 is being offered for information that leads to an arrest.

The Sheriff’s Office urges anyone with information about this heinous act to call 231-592-0150 or email tips@mecostacounty.org.

This project is part of the USGS Groundwater and Streamflow Information Program, which was established to provide a more accurate assessment and status of the country's water resources, assist in the determination of the quantity and quality of water available for beneficial uses, identify long-term trends in water availability, and improve the ability to forecast the availability of water for economic, energy production, and environmental uses.

Two men were arrested on a domestic assault while one of them was taken to the hospital with stab wounds.

It happened last night in Mecosta County's Colfax Township, that's where deputies were called to a home for a domestic dispute.

The 29-year old man was arrested on domestic assault charges after he was treated and released for his injuries.

The suspects' names are being withheld until their arraignment.

Get ready to pay more to keep your lights on -- Starting today -- a rate increase for those who get electricity from DTE.

The Michigan Public Service Commission approved the action for an overall $273-million dollar rate increase for the company that'll cost customers about $6 dollars more per month.

Despite approving the increase, the MPSC did deny DTE's asking to charge homeowners who have installed renewable energy projects with a "system access" fee.

The utility says the additional money will be put toward system upgrades and tree trimming.

Ferris State University is set to host the annual Police Memorial on Tuesday beginning at 9 a.m., outside the University Center building in the North Campus Quad on the Big Rapids campus.

This year's program includes the playing of “Taps,” the Big Rapids Middle School Choir singing the Irish Blessing, placement of the wreath, the local Honor Guard procession, and a keynote speech.

The Police Memorial is free and open to the public, with an opportunity to meet with officers following the event.

The university community is encouraged to attend this event and may park in Lots 1 and 13, located east of the University Center.

Michigan schools will not have to make up as many as four snow days under legislation headed to Governor Gretchen Whitmer for her expected signature.

It would exclude the period from January 29th through February 1st from counting as snow days. That was the period that an artic deep freeze shut down schools across the state.

A Howard City man will now spend the next 15 years behind bars for his part in a string of barn fires in Mecosta County.

He was sentenced to 11 months to 15 years for each of his three third-degree arson charges and then four to 10 years for a third-degree home invasion charge.

A second-degree home invasion charge was dismissed by the Mecosta County Prosecutor’s Office.

Cosnowski, along with Derek Austin Keeler, of Sparta, and Jacquelynn Mae Harris, of Morley, were charged for setting three separate barn fires on Oct. 1 in Deerfield Township.

An additional fire had allegedly been set in Montcalm County.

Further investigation from April 10th and April 27th has reveal that at least 10 times the suspects victimized the Big Rapids area, stealing from 7 different businesses.

Detectives continue to work with the U.S. Secret Service and have now been in contact with Kent County and the City of Kalamazoo detectives reference similar crimes committed.